The EU Funds for Easing Poverty in Hungary 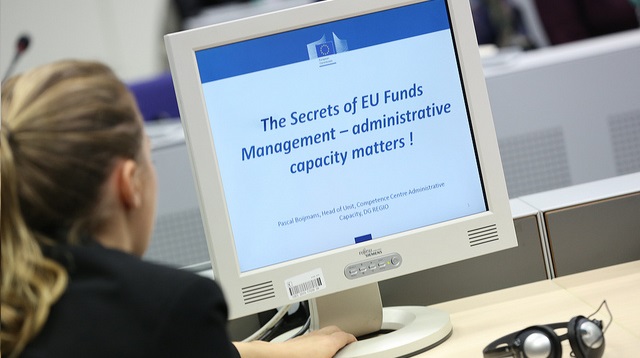 Gábor Balás, Director of HETFA, together with Nóra Teller, researcher of the Metropolitan Research Institute held a lecture on the conference titled “Protection, Activeness and ability” on 10 February 2015.

In their lecture on “The EU Funds for Easing Poverty in Hungary”, they presented the results of the EU Funds evaluation. They argued that the problems of EU Funds aiming at EU cohesion (levy, sustainability issue, too short project periods…) are not the problems of this money, but derive from the general mistakes and project-logic of the 2007-13 funding period of the EU. The difficulty is caused by the fact that that to these mistakes on the fundamentally socio-political field they react in a more sensitive way than on other development fields.

According to their point of view the socio-political integration of EU funds from 2014 gave an important chance to the administration to tackle most of these mistakes. One way can be to establish a task division between the EU and national funds and to finance only those developments from the former that are less sensitive to the project-logic of the utilization of funds. It can largely contribute to the effective decisions if the Ministry establishes an impact assessment system that – beyond the evaluation of former programs – can support the interim decisions of the 2015-2020 period with evidence-based information.

The presentation can be downloaded from here (Hungarian).