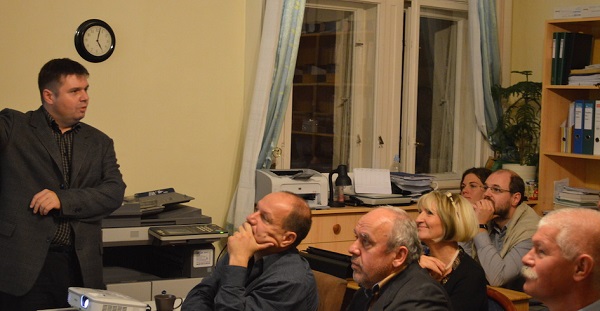 The strategic director and one of the founder of HETFA, Balazs Szepesi received this year the Bezeredj Prize, which is given to Hungarian prominent persons of artistic and scientific life, who live in Hungary or beyond its borders.

This year, the Bezeredj Foundation gave the privately founded Bezeredj Prize for the 24th time as an acknowledgement of outstanding accomplishments shown in certain artistic or scientific fields. This year the Prize that was created by Zoltan Bezeredj, writer settled in Germany and died some year ago, was awarded to the strategic director and one of the founders of HETFA.

At the ceremony, Zoltan Bezeredi, actor, chairman of the board, then Janos Csak, former ambassador of Hungary to the United Kingdom presented the life of the award winner. Janos Csak emphasized that the award goes this year to a person, whose work has contributed to the establishment and the strengthening of a real think tank. Further, he also highlighted the importance of fact, as Balazs Szepesi’s work shows, that it is possible and worth to contribute with our knowledge to the development of our community in order that it proceeds further and further.