<< Back to the Online Expert Pool 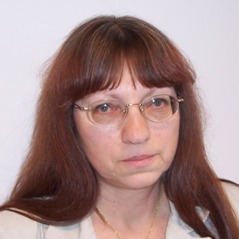 Anna Vosečková is the NCP for Widening participation and spreading excellence and European Research Area (Widening and ERA) and NCP for European Institute of Innovation and Technology (EIT) in Horizon Europe within the National Information Centre for European Research (NICER). During May 2008 – March 2015, she was the Head of the Czech Liaison Office for Research, Development and Innovation in Brussels. Before joining the Technology Centre CAS in February 2008, she worked in diplomacy dealing mainly with EU relations in the field of RTD, education and culture. In the years 2000-2005, she was posted to the Permanent Representation of the Czech Republic to the EU in Brussels as research attaché. She graduated at the Faculty of Pedagogy of the Charles University in Prague.