Presentation in Prague by HÉTFA Director for Cohesion Policy 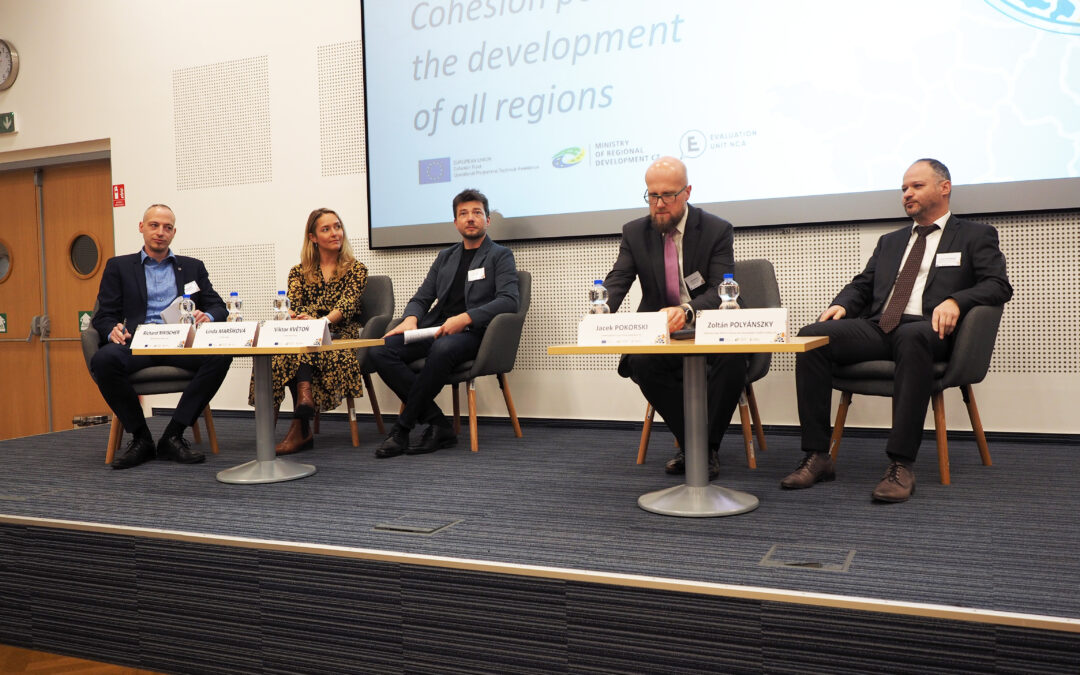 The Czech Ministry for Regional Development held its Evaluation Conference in Prague for the 8th time in November 2022. This year the focus was on Regions and Cohesion Policy. Zoltán Polyánszky PhD, HÉTFA Director for Cohesion Policy held a presentation on the topic “Is Cohesion a Matter of Percentage?” The panel hosting the presentation was moderated by the renowned Czech economist, Petr Zahradník.

In his presentation, Polyánszky posed basic questions related to the aims of Cohesion Policy to reduce territorial inequalities. Is it right to set the aim of bringing regions’ development level closer to each other? Is it not just as important that our rich regions get even richer when Europe is lagging behind in international economic competition? Should we not rather set a minimum European living standard for every citizen measured by absolute numbers, and evaluate the success of Cohesion Policy by its contribution to reaching this minimum level in the given region of interventions?

The presentation also showed that comparing the GDP per capita to the national or EU averages in percentages gives a blurred picture: while in the recent years all the less developed Hungarian regions converged to the national average in percentages, they diverged from it measured in euros. This is an empirical proof of a methodological failure long established in EU practice.

Presentations of the conference can be found here: DotaceEU – 8th Evaluation Conference in Prague