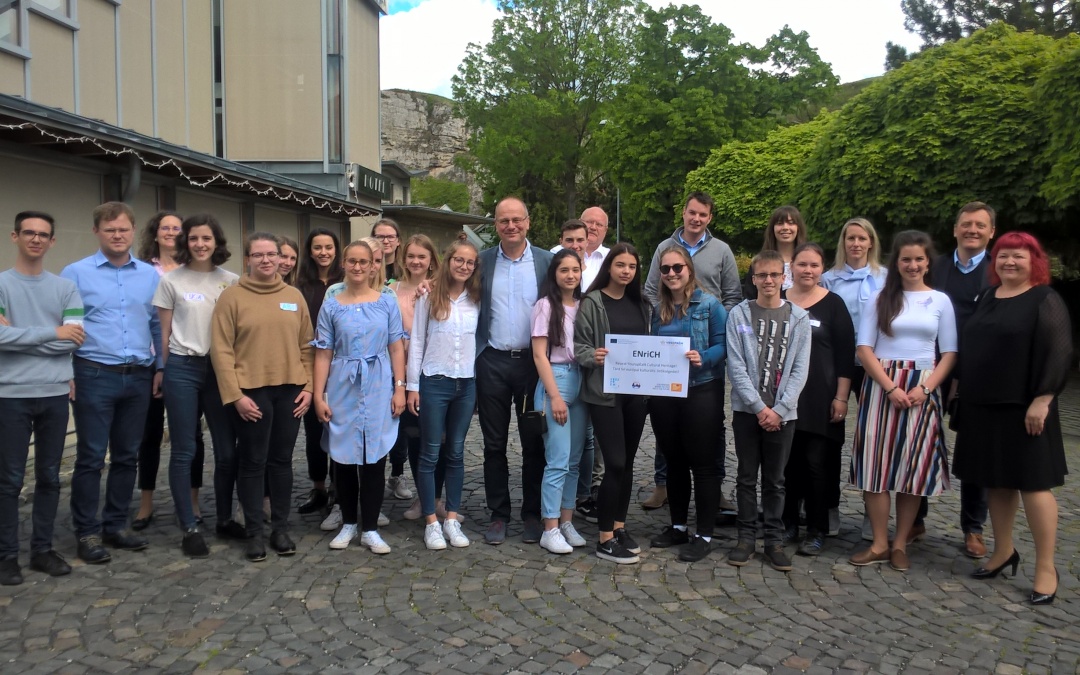 Third event of the project Reveal YouropEaN Cultural Heritage (ENriCH) was hosted by the coordinator, the Municipality of Veszprém, with the professional support the colleagues of the Division for International Cooperation of HÉTFA, Ms Fanni Bobák and Ms Nikolett Kemenczés during 10-11 May 2019.

The meeting had two main topics: first, the EU, active citizenship with a special focus on the upcoming European Parliamentary elections, and second, the importance and significance of cultural heritage.

In order to gain real knowledge in these fields and initiate meaningful discussions, the program contained numerous interactive elements. After learning about the EU and the responsibility of European Parliament through an online quiz, participants had the possibility to discuss their questions and uncertainties with the European Commissioner for Education, Culture, Youth and Sport, Mr Tibor Navracsics.

The Commissioner highlighted the importance of voting on 26th May and shared the existing opportunities offered for the young people, including carrier possibilities. During the discussion, the meaning of local, national, and European identity was also defined, illustrated with real life examples.

In the afternoon, cultural heritage was in the main the focus. Following the presentation and the bunch of examples brought by Ms Ágnes Raffay, associate professor at the Department of Tourism of University of Pannonia, participating youth could get acquainted with each other’s hometown through a funny quiz. Finally, as the most important program point, three mixed groups of youth, decision makers and nationalities visited the city center of Veszprém with the guidance of local youth. 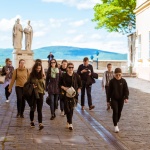 The ENriCH tour was actually the testing of a new Veszprém map prepared by the local group of Veszprém with professional support of HÉTFA colleagues. “Act like a Veszprémer!” is the slogan of the map, which is full of places, attractions, coffee houses, restaurants and other type of “must visited” spots of the city along the recommendation of the core local group and other citizens. The map is the output of a half-year preparation process and will be available on the project’s website (www.enrich.hu) from July. 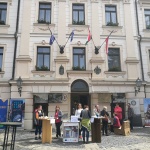 On 11th May, project group participated at Gizella Days which is a yearly attraction of the city. ENriCH represented itself with an Info Point, where citizens had the chance to fill a test about the project, its partner countries and the EU, and discuss their questions with the project partners.

The project is at the half-time and the series of events will continue in Saint-Omer (FR), Tartu (ES), Lendava (SL) and Passau (DE) closed by the final event in Veszprém in February 2020. Colleagues of HETFA support the implementation of content related tasks.