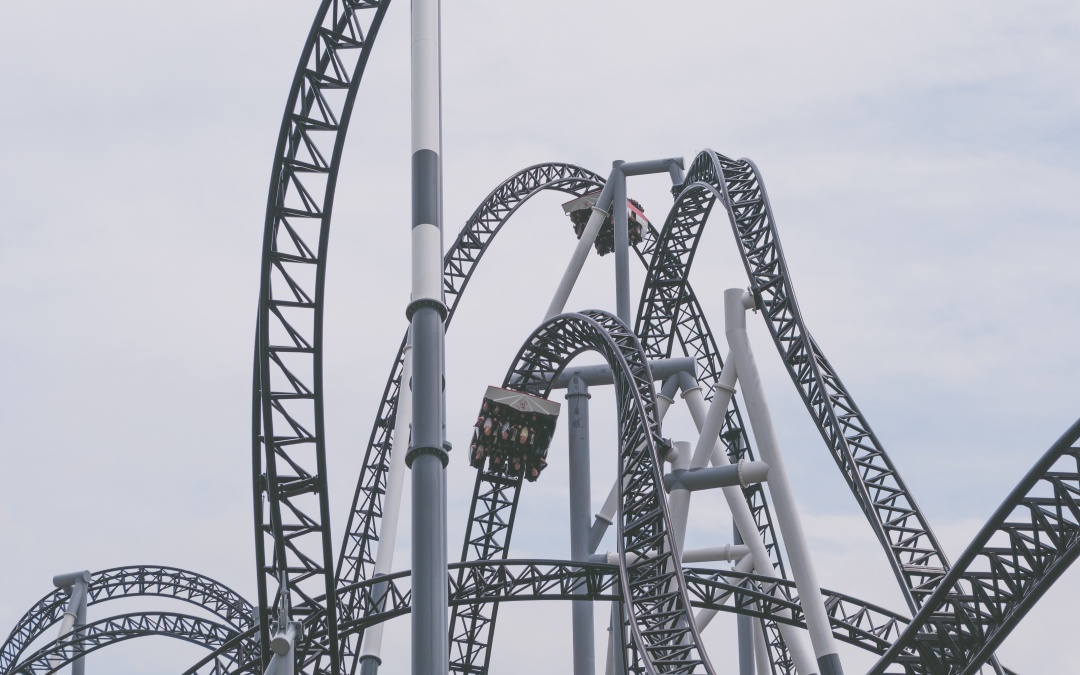 Continuing our series of analyses on the impact of the COVID-19 pandemic in Hungary, HETFA colleagues now put the dramatically changing trends of labour market under the spotlight. The experts of the HETFA Research Institute examined the territorial and sectoral patterns of employment change on the basis of the company headcount data submitted to the National Tax and Customs Administration of Hungary (NAV) in the recent months. The analysis focused on the districts (járások) of Hungary, based on the reformed public administration system introduced in 2013.

Below you can read a short summary of the main conclusions and you can access the full-length analysis in Hungarian here.

Although the expansion of domestic employment finally restarted in June after the spring relapse due to the epidemic, there are big differences between the individual sectors and regions in terms of how widely and how fast the recovery started. In more developed areas and resort areas, staff reductions and then recovery were faster than in less developed districts. The areas most exposed to tourism experienced very severe employment surges in the first half of the year.

Statistics show that there were at least 212,000 jobs lost between February and May this year, most probably due to the employment consequences of the coronavirus. The vast majority of lost jobs were lost in enterprises, the number of employees in the public sector decreased by almost 4,000, in non-profit organizations by 3,000, while the number of public employees (= people having sought for temporary jobs after long unemployed status) fell by 8,000 between February and May.

Changes in the number of employees in sectors of the national economy, compared to February 2020 (edited by HETFA) 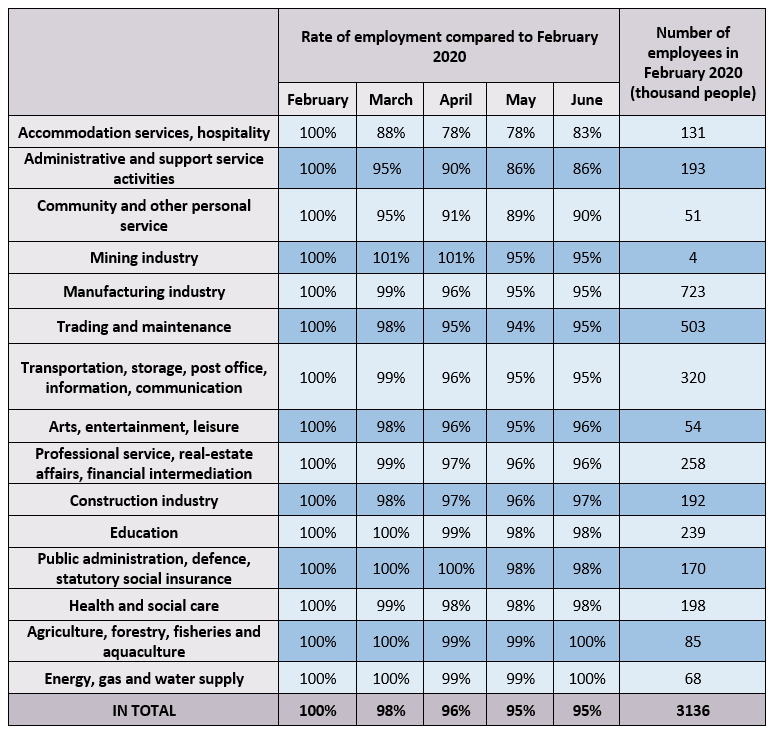 At the beginning of 2020, a strong economic growth (3-4%) was predicted by various forecasts, that could have resulted in a rise of the employment rate with a good few tens of thousands people,  employed in May  in a COVID-free period, compared to the previous year. The fact that 242,000 less people will be employed in 2020 than in May last year, still underestimates the decline in employment experienced due to the epidemic.

As a conclusion the analysis states that the shifts in the employment rate show similar patterns during the epidemic regardless the sector, size and area: those who reacted the fastest with downsizing the workforce start to recover already by June, while those who started cut backs slower will join the job creation turn only later. For the time being, employment processes reflect the course of the 2007 crisis, but in an accelerated form, highlighting the prominent role of tourism in recession, where the decline and subsequent recovery of the sector could put the areas involved in domestic tourism on a roller coaster. As employment growth, which started in the summer, seems to be supported by strong seasonal conditions (e.g. tourism, summer agricultural work), the labour market of Hungary cannot breathe a sigh of relief yet, as autumn can bring about some difficult months, especially if new restrictions may be introduced due to the second wave of the epidemic.