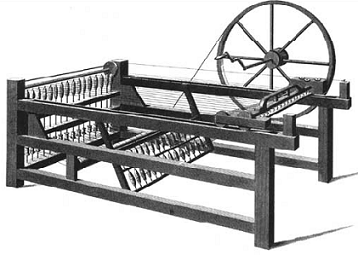 HÉTFA invited Réka Juhász, the PhD candidate of the London School of Economics to hold a workshop on the 26th of March about her paper titled “Temporary Protection and Technology Adoption – Evidence from the Napoleonic Blockade”.

Réka Juhász, former student of Klára Major and Balázs Szepesi, who graduated earlier from the Corvinus University of Budapest as a macroeconomic analyst and forecaster is currently finishing her PhD in the London School of Economics. At the workshop she presented her job-market paper about her findings of an empirical analysis on the historical example of the Napoleonic blockade. The research aimed at measuring the extent to which the retreat of the foreign trade meant protection to an infant industry. In her example, she examined the mechanised cotton spinning in this period in France. The technology of the mechanised cotton spinning was already known in France by that time, but it was widespread only in England to produce worsted. As a result of the mechanised technology the English cotton was of a better quality and cheaper product than those that were handmade, therefore it was favourable to use in the cotton waving sectors – apart from England, in France, too. Due to the Napoleonic blockade, however the import of British into certain part of France became so expensive that meant a significant incentive for the adoption of the more developed mechanised technology.

In her research Réka collected data from documents and registers of that period in order to estimate the impact of the Napoleonic blockade. The results of her research refer to the fact that the trade schock caused by the blockade had a significant short term and long term impact on the development of cotton spinning industry in France. Her paper is accessible here.